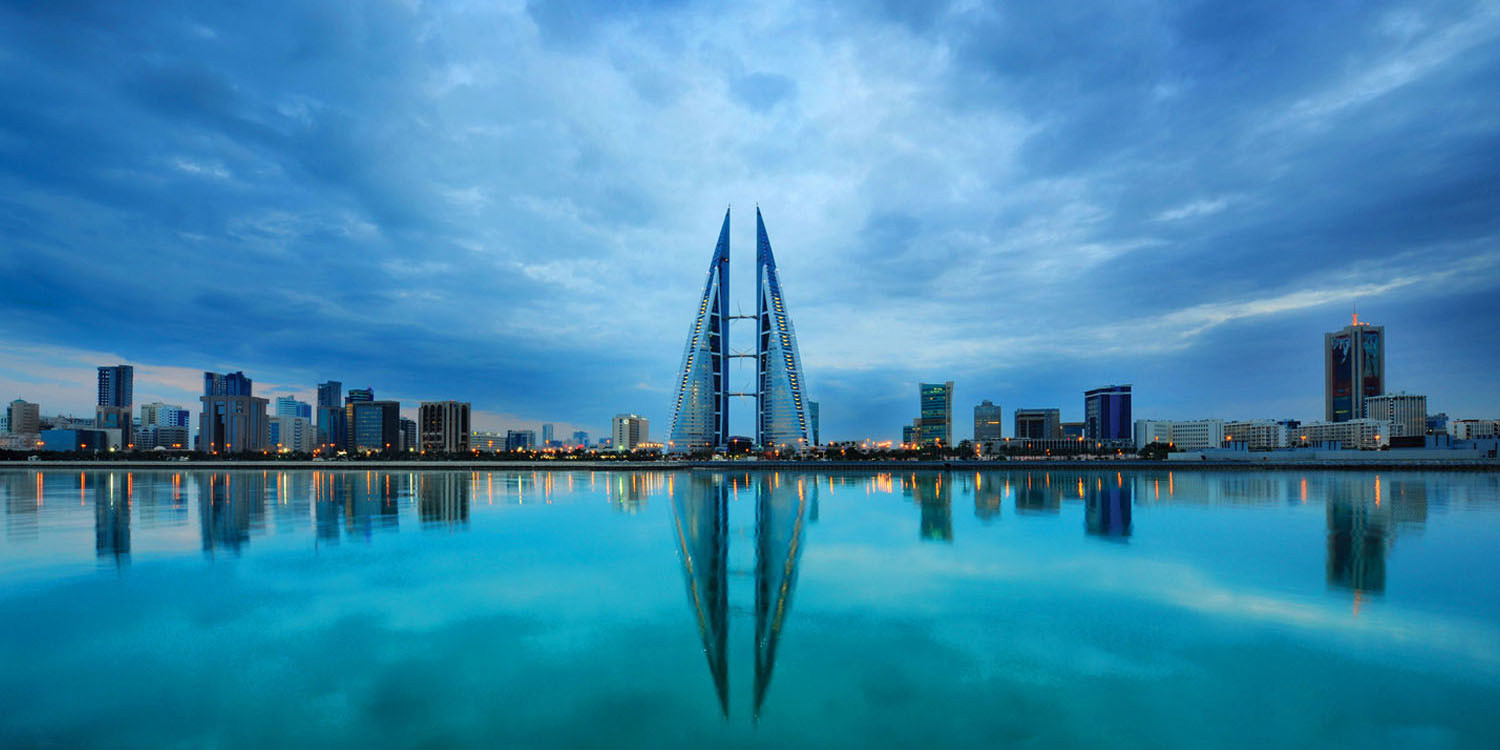 Preface
Definitions and Scope of theImplementation of the Law

For the benefit of the law the words and phrases have been given interpretations that most closely represent the meaning unless the law states other understandings: Kingdom: The kingdom of Bahrain. The Minister: the minister in charge of Labour affairs. The Authority: the Labour Market regulatory Authority (LMRA) established in line with this law. Board of Directors or Board: the board of directors of the LMRA as per the Article (6) of this law. Chairman: chairman of the Board of Directors Chief Executive Officer: CEO, chief executive officer for the LMRA appointed as per Article (11) of the law. Sponsor: Any ordinary or corporate person who employees a worker or workers to carryout certain jobs with in the Kingdom in return for wages of what ever the nature, fixed or varying, cash or in kind. This includes any government entity (general organization and/or Authority) , a company or office or establishment or any entity in the private sector . Worker: any ordinary person who works in return for wages, what ever the nature, fixed or varying amount, cash or in kind , for a sponsor under his administration or supervision. Self Sponsored Expatriate worker : Any ordinary expat to whom the definition of worker does not apply as per the law and who practices a profession in the kingdom either under his own name and capital or in the name of some other person or person’s expense. Recruiting (Man Power) Agency: a business man who is permitted to bring in workers to work for third parties for a fixed period or until the completion of certain project with out the supervision of the recruiting agent . Employment Office: an office that head hunts for the right workers for businesses and facilitate the contracting between both. Authorized parties: Recruiting Agencies and employment offices Auditing committee: the committee mentioned in Article (21) of the law. Work permit: a permit issued by the LMRA as per this law, to the sponsor to be able to employ an expat worker in line with the conditions of the permit. Labour Fund: the fund that will be established under a law that will regulate it and determine its functions.

Article (2)
Scope and Implementation of the Law

Section 1
Formation of the Authority,its Functions and its Jurisdictions

Article (3)
Establishment of the Authority (LMRA)

Article (4)
The Functions of theAuthority and its Jurisdictions

a. The Authority will carry out the necessary activities to regulate the Labour market in the Kingdom, regulate work permits and licensing recruitment agencies and employment offices and expat sponsors/ professionals working in the kingdom with in the limits of this law, in particular:

The authority has to practice its roles and responsibilities with effectiveness, efficiency, transparency and unbiased and in a manner that is appropriate with the National plans regarding the Labour Market.

Section 2
Board of Directors

A Board of Directors’ meeting shall achieve quorum upon attendance of the majority of its Directors, who must include the Chairman or his deputy, and the Board of Directors’ resolutions shall be adopted by the majority of the votes of attendees in cases when this Law or the internal regulations require a special majority. If votes cast are equal, then the group on which the meeting’s chair cast his vote shall prevail.

Article (11)
Appointment to and Vacation of the Office

The Board of Directors shall decide the salary due to the Chief Executive, including bonuses and other benefits.

The Chief Executive may resign his office via a written request submitted by him to the Board of Directors at least three months prior to the date set therein for his resignation. The board of directors will issue the resolution accepting the resignation.

Article (16)
Supervision by the Minister

The Chief Executive and his Deputy and all employees specified in the Authority’s employee list shall submit, upon their appointment, every three years thereafter, and upon their end of service, a statement of all movable/transferable assets and real-estate property owned by them and the sources of these assets, whether such property is held in their own name or in the name of their wives or minor children.

Such statements shall be confidential and may only be perused in cases and in accordance with the terms and conditions specified by the Authority’s bylaw regarding employees .

The Chief Executive shall submit his said statement to the Chairman, and other

employees shall submit their statements to the Chief Executive.

Article (25)
Transfer of Expat Workers to Other Employers

Article (27)
Charges for the Expatriation of Expat Workers

Employment offices unless they have obtained a prior license to do so in accordance with the provisions of this Law.

Those wishing to conduct the business of Recruiting agencies or employment offices must apply to the Authority for a license to do so.

The Authority shall issue a circular setting out the requirements and procedures for granting and renewing the license and its validity period and regulating the business of Recruitment agencies and employment Offices.

Such licenses shall be in the name of individuals and may not be assigned to others except in the case of his death the license is passed on to the heirs or their agent.

Article (29)
Expiration and Cancellation of Licenses

The Board of Directors may specify certain economic or professional business activities for which a Self Sponsored expat worker must obtain a permit from the Authority in order to practice.

Self Sponsored expat worker wishing to conduct any of the businesses referred to in Article (30) of this Law may apply to the Authority to obtain a permit to do so, and the Authority shall issue a circular specifying the requirements and procedures for issuing and renewing permits and their validity periods

Such permits shall be in the name of individuals and may not be assigned to others.

Article (32)
Expiration and Cancellation of Permits

Without prejudice to the provisions of the Law on Expatriates (immigration and residency), of the year 1965, and amendments to it, The Minister of the Interior shall issue, in co-ordination with the Authority, a decision specifying the circumstances and requirements for allowing the families of expat workers and self sponsored expat workers to reside in the Kingdom during the validity periods of the work permits issued for such persons.

Juridical persons shall be criminally liable if they commit any of the crimes stipulated under this Law in their own name or for their account or benefit due to an action, gross neglect, connivance or cover-up by any member of the board of directors, manager or other official of such a juridical person or any person acting in such a capacity.

The penalty for juridical persons shall be double the minimum and maximum values of the fine stipulated for such a crime under the provisions of this Law.

provisions of the law.

The business of any commercial or industrial enterprise may be suspended or its premises closed administratively by a rational decision issued by the minister concerned with the Commercial Registry for a period of no more than six months pursuant to a recommendation of the Chief Executive in any of the following circumstances:

Subject to the provisions of Articles (233) and (234) of the Penal Code, the Authority may put in place a system for encouraging members of the public to report any instance of violation of the provisions of this Law that comes to their attention in good will, including setting rewards for such members of the public in the case of a settlement or a conviction resulting from such a report by a final court ruling.

The above shall take place in accordance with the rules and procedures set out in a decision of the Board of Directors.

The criminal claim and all its effects shall be rendered null and void immediately upon payment of the full amount of the settlement.

The provisions of this Law shall not prejudice any of the terms or the permits, licenses or other obligations stipulated in any other law.

Article (43)
Providing the Authority with Data

The Labour Fund shall receive the fines issued under the provisions of this Law.

In line with the statement in Clause (d) of Article (42) of this Part 2 of the Law for Private Sector Labour promulgated by Law Decree number 23 for the year 1976 shall be invalid.

Article (47)
Implementation of the Provisions of the Law

The Prime Minister and ministers, each within his scope of competence, shall implement the provisions of this Law, which shall come into effect as of the day following the date of its publication in the Official Gazette.